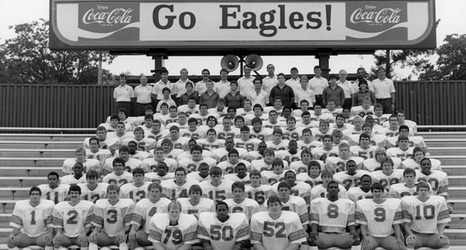 The surreality of last year's Alabama football season started at the end of 1982. The tumble out of the national rankings after holding the No. 2 spot in mid-October precipitated the end of Paul "Bear" Bryant's legendary career, and the greatest head coach in college football history retired after a win over Illinois in the Liberty Bowl. Less than a month later, Bryant passed away after suffering a heart attack.

It cast a pall over the entire offseason for Alabama. Ray Perkins became the first new head coach since the Eisenhower administration, and Alabama won five in a row to challenge for national championship status.