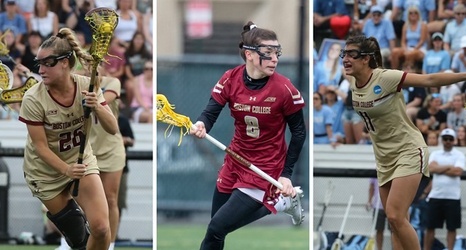 WASHINGTON, D.C. – Three members of the Boston College women's lacrosse team have been named to the 2020 Tewaaraton Award Watch List, as announced by the foundation on Thursday. Seniors Sheila Rietano and Cara Urbank make their debut on the list as junior Charlotte North earns the second honor of her career. The Tewaaraton Award is given annually to the best player in college lacrosse.

North's first selection came during her sophomore campaign at Duke, where she finished the season ranked third nationally in goals per game with 4.