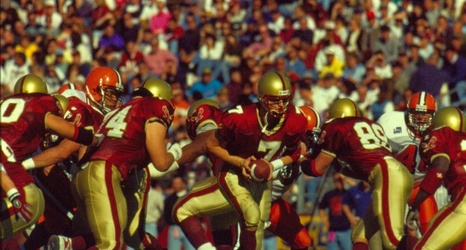 Martin Jarmond is now officially gone, so the BC side of the question is “who is next?”

BC is expected to name Vaughn Williams the interim. Williams was a long-time assistant AD under GDF and returned under Jarmond. He will probably be a candidate for the job full-time, but I would be surprised if any internal candidate got the job.

Based on speculation and gossip, I think Father Leahy and the Board still understand the importance of the role. While Jarmond’s time at BC was short, he validated their decision to focus on fundraising and being the face of the Athletic Department.