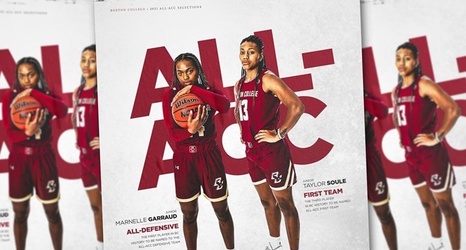 GREENSBORO, N.C. – A pair of Boston College women's basketball standouts were among the All-ACC selections on Tuesday as voted on by the league's Blue Ribbon Panel and the ACC's 15 head coaches.

Junior Taylor Soule became just the third Eagle in school history to be named First-Team All-ACC by the league's head coaches. She was also named to the All-ACC Second-Team by the Blue Ribbon Panel.

Junior Marnelle Garraud was named to the ACC's All-Defensive Team, becoming the first Eagle in school history to receive the honor.