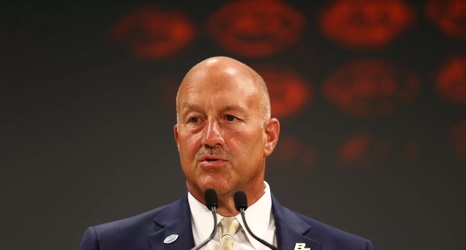 If you’re reading this, it finally happened. Steve Addazio is no longer the head coach of your Boston College Eagles after what can only be described as a challenging season, per a report by Yahoo Sports' Pete Thamel.

Addazio was made coach at the start of the 2012 season, where he tried to right the ship after the disastrous Frank Spaziani era. Early results were promising, and Addazio turned a 2-10 team under Spaz to a 7-6 team immediately. Momentum looked to be on his side. A second 7-6 campaign the in 2014 saw more on-the-field improvement, including close losses to Clemson, FSU, and Penn State.