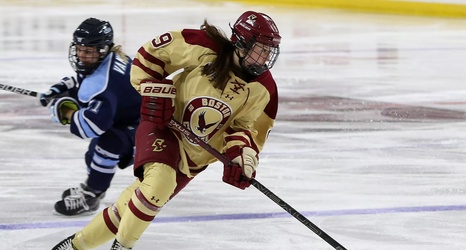 Two weeks ago, the Boston College Women’s Hockey roster was dealt a blow with the transfer of rising senior forward Caitrin Lonergan to Clarkson University. Unfortunately, it appears there is one more shoe left to drop out of the BC locker room.

According to sources close to BC Interruption, rising junior forward and 2018 Patty Kazmaier Award winner Daryl Watts will be leaving the Boston College Women’s Hockey program in the offseason as well. While the move is not yet announced or official yet, Watts is listed on the NCAA transfer portal and has expressed to the program her intention to transfer.