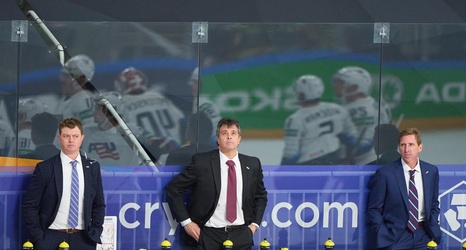 This morning, Providence announced that Nate Leaman has signed a multiyear extension to remain head coach of the Providence Friars. Leaman has been Providence’s head coach for 11 seasons, and led the Friars to a National Championship over the Boston University Terriers in a truly memorable game.

Leaman was one of the front runners for the open Boston College men’s hockey head coaching position left vacant by Jerry York’s retirement. By all accounts, he and former Boston College associate head coach Greg Brown were the top picks for the job.

Brown flew out to Boston to interview with Father Leahy for Coach York’s old position yesterday, so Leaman signing his extension at Providence today makes it seem almost certain that Brown will be announced as the new Boston College head coach shortly.