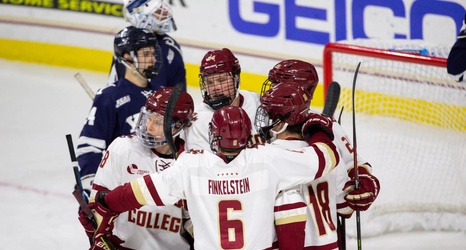 Amidst the chaos of Black Friday amongst all the land, the Boston College Eagles will put a now six game winning streak to the test in upper Allston against the first Beanpot opponent of the year, the Harvard Crimson.

The Eagles and Crimson have had some fantastic games over the last few years, including several at the Garden, but what should we expect of the Crimson this year? Let’s break it down.

What to Watch For