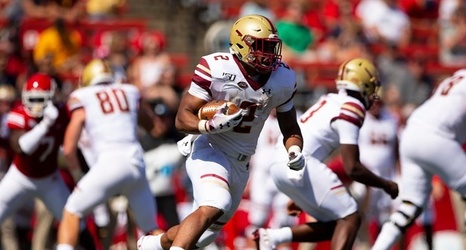 u25cf Boston College moved to 3-1 on the season with a 30-16 victory on the road at Rutgers. It marked the first road game of the season for the Eagles.

u25cf BC moved to 20-6-1 all-time against the Scarlet Knights in the first meeting between the two schools since 2004. BC is unbeaten in its last 14 meetings against Rutgers.

u25cf A total of 19 student-athletes who played high school football in New Jersey made their return to the Garden State.