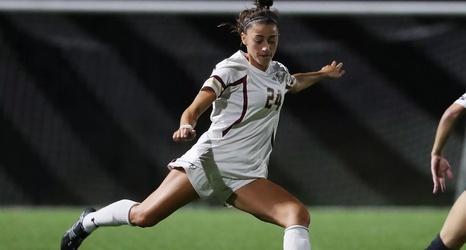 Boston College and Pitt went 0-0 into the second half due to an excellent save by Allie Augur towards the end of the first. Five minutes into the second, Pitt’s Juliana Vazquez sent a header over Augur but just inside the crossbar for their first goal of the night. The Eagles got the equalizer fifteen minutes later with a cross from Mia Karras that was redirected by one of the Panther’s defenders into the side netting. As the score remained 1-1 in the final minute, the game went into overtime, where the Panthers were able to capitalize. Just four minutes in they scored a second goal off a header, this time from Amanda West.