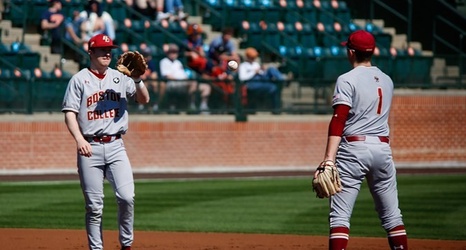 The start to the 2021 Boston College baseball season has been nothing short of magical. A three-win sweep at Charleston Southern preceded series wins at Duke and Auburn, the latter of which included a miracle, ninth-inning comeback against a nationally-ranked SEC program. The necessary midweek games haven't been the Achilles' heel of years past, and the Eagles are now a national power ranked 13th by Baseball America and 17th by D1Baseball.com.

It's all evidence of BC's early season achievements and the payoff of the team's determined effort to hard work, but evidence of the success is relatively mum within the halls of the Pete Frates Center.