Once An Eagle, Always An Eagle: Carter Robertson '18 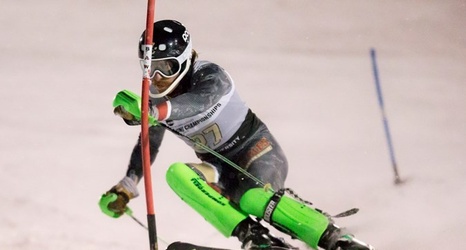 On Wednesday, 34 men and 34 women will converge on Bridger Bowl in Bozeman, Montana for this year's Alpine division in the National Collegiate Men's and Women's Skiing Championships. They will each make runs down the historic, 8,000-foot mountain, each harboring dreams of earning All-American status.

Boston College's Parker Biele will be among the women traveling west to Montana from schools situated in the eastern United States. The junior will become the first female competitor from the Heights in NCAA Championship history when she steps in the starting gate, and she'll look to capitalize on advantageous seeding, especially in giant slalom.