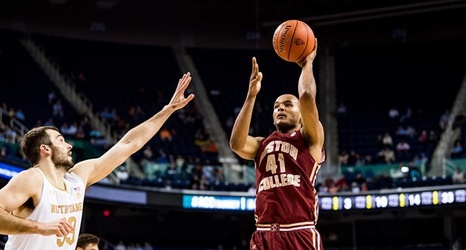 Junior Steffon Mitchell led the Eagles with 20 points and 13 rebounds. It was his eighth double-double of the season, tops on the team.

Notre Dame led 36-21 at halftime as the Fighting Irish held the Eagles to just seven field goals (23% shooting) in the opening 20 minutes.