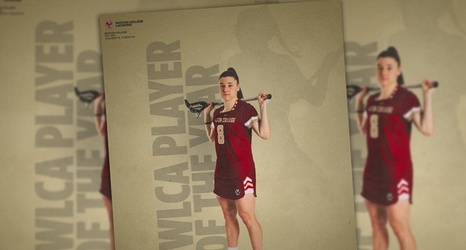 CHESTNUT HILL, Mass. – Senior attacker Charlotte North has been named both the IWLCA Player of the Year and Attacker of the Year, picked by the Division's All-American committee.

North was named the 2021 Tewaaraton Award winner after a stellar campaign that included an NCAA record 102 goals and culminated with BC claiming their first national championship. During the NCAA Tournament, she set the record for goals in a single tournament with 31 and was named the tournament's Most Outstanding Player.