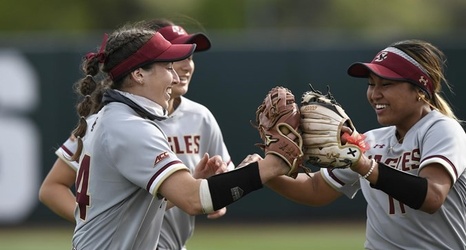 In the first meeting between the two schools, Clemson scored one in the first, three in the third and added single runs in the fifth and sixth for the win.