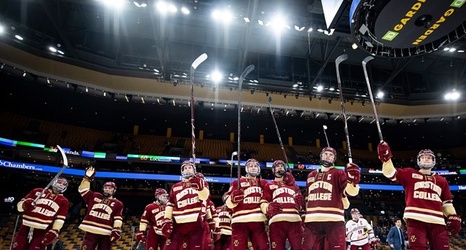 WAKEFIELD, Mass. – Nine members of the Boston College men's hockey team have earned a spot on the annual Hockey East All-Academic Team, which was announced by the league on Thursday morning.

Each student-athlete achieved a grade point average of 3.0 or better in each of the academic periods during which he was actively competing during the 2018-19 season.

, and were each honored for the third time in their respective careers, while five others earned their second All-Academic honor.

Hockey East set a league record this season with 160 male student-athletes on the All-Academic Team.