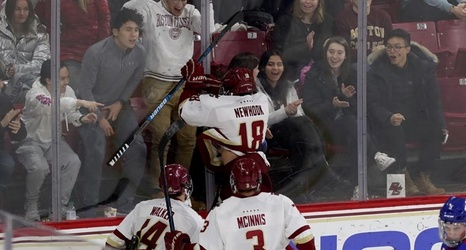 WAKEFIELD, Mass. – Alex Newhook was named the Hockey East Co-Rookie of the Week on Monday along with UMass defenseman Zac Jones.

Newhook now leads all Hockey East freshmen in goals (12). The Newfoundland native is fourth among NCAA freshmen in scoring average with 24 points in 25 games and has at least one point in 15 of his last 19 contests.