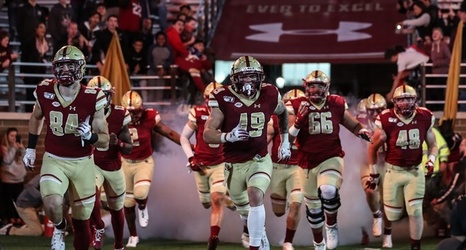 King becomes the third former Eagle in the majors this season; following former teammates Chris Shaw and Justin Dunn. King is the 43rd BC player to reach the big leagues and the third from Mike Gambino's tenure as head coach.