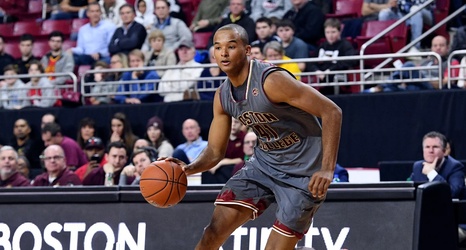 It was a frustrating night inside Conte Forum but BC needs to shake of the cold spell quickly. The Eagles played much better than the score indicated but in the end to quote Monday Night Football’s Booger McFarland “If you don’t score more point than the other team, you do not win the game.” Freak nights like Saturday’s loss to Georgia Tech happen but BC needs to find its groove in order to beat a Syracuse team that like the Yellow Jackets are better than their record.

The game is going to be broadcast on the new ACC Network, which can be found on channel 612 for DirecTV, 402 for Dish Network, 388 for Spectrum, and for Verizon Fios channel is 329 for standard definition and channel 829 for high-def.