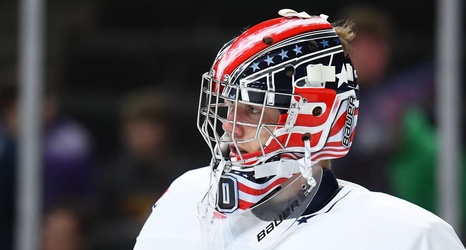 Background: Spencer Knight is a 6’3 goalie who is described as a future franchise goalie and is known for his ability to remain calm in net while reading plays in front of him effectively. He joins BC from the USNTDP, where he was the starting goalie for the U18 team. He played a total of 39 games, going 32-4-1 with a GAA of 2.36 and a save percentage of .913, while setting an NTDP record for career wins by a goalie with 59.