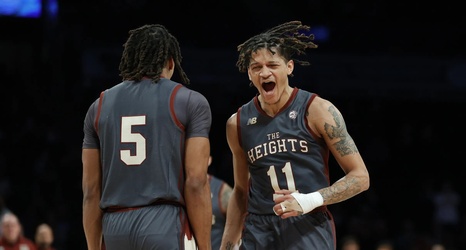 Monday afternoon, Makai Ashton-Langford announced on Instagram that he would be returning to play another season for Boston College men’s basketball.

This upcoming season will be Ashton-Langford’s 5th overall and his 3rd as an Eagle. At BC, Kai has put up impressive numbers and even led the team in scoring in 2021-22. His 12/3.4/3.9 statline was one of the best on the team last season, right up there with his brother DeMarr Langford Jr.

Returning Kai for the 2022-23 season will be an important boost of production and continuity for Earl Grant’s second season as head coach.