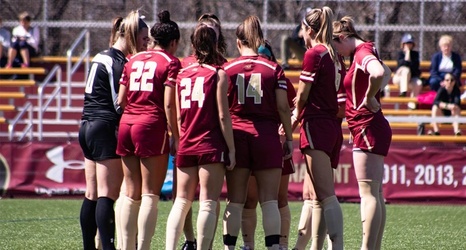 CHESTNUT HILL, Mass. – Under first-year head coach Jason Lowe, the Boston College women's soccer team will face a steady succession of high-level competition with its 2019 schedule. The Eagles will play an 18-game regular season slate, including 11 home fixtures at the Newton Campus Soccer Field, and match up with 11 opponents that made the NCAA tournament in 2018.

BC will host Colgate in a preseason exhibition on Aug. 12 and then travel to Vermont on Aug. 17 for another preseason test against the Catamounts at Applejack Stadium in Manchester.

The Eagles open up the season with three straight home games, kicking off the year against UMass on Thursday, Aug.