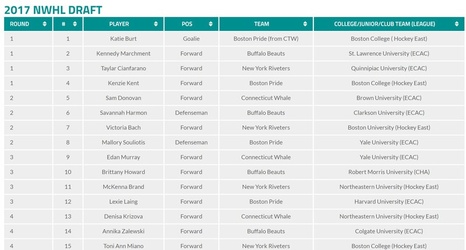 Katie Burt was taken #1 overall by the Boston Pride — the first time a goaltender was the top draft pick and the only goaltender taken at all in this year’s draft — and Kenzie Kent joined her shortly thereafter as the 4th overall pick in the 1st round, also to the Pride.

Later, Toni Ann Miano joined the party as she was drafted 15th overall in the 4th round by the New York Riveters.