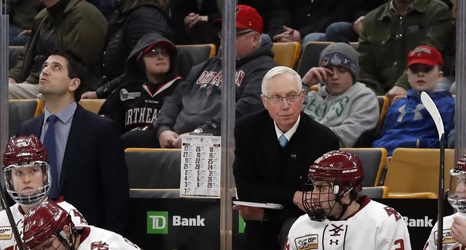 After coaching his team to a weekend sweep of the Vermont Catamounts, Jerry York will officially be inducted into the Hockey Hall of Fame on Monday after being announced as one of the inductees this summer. While we know that he’s a legend in college hockey, this only further cements his legacy in the sport.