How to Watch: Boston College @ University of Pittsburgh 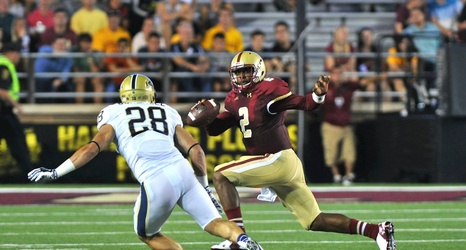 The Eagles travel to the Steel City for their season finale against the Pitt Panthers. BC hopes to preserve its slim bowl chances with a win against a Pitt team that at one point in the season looked like they had a shot at the ACC championship. The Eagles have had a rough last four weeks, but they can end the season on a high by getting a road win.

The game is going to be broadcast on the new ACC Network, which can be found on channel 612 for DirecTV, 402 for Dish Network, 388 for Spectrum, and for Verizon Fios channel is 329 for standard definition and channel 829 for high-def.