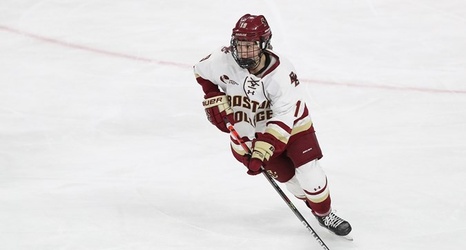 Bilka, who was named to the all-rookie squad and a Second Team All-Star honoree earlier this week, led all Hockey East rookies in conference scoring with 30 points on 11 goals and 19 assists – a number that also ranked fourth overall in the league. Bilka also led conference rookies in overall scoring during the regular season, racking up 35 points on 13 goals and 22 assists.