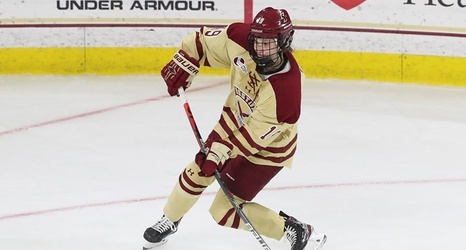 Bilka, who was the Hockey East Rookie of the Year as well as a member of the league's All-Rookie Team and a Second Team All-Star, led all rookies in the country in total points per game (1.13) and assists per game (0.71) and tied for first in shots on goal (126). Bilka's 10 total multi-point games ranked second in the nation among rookies while her four three-plus point outings tied for first overall among rookies.