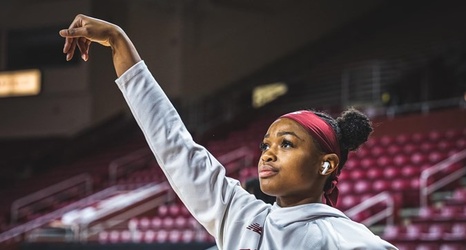 Garraud is one of two players on the list to be named All-Academic four times in their career.

Garraud also earned the 2022 Weaver-James-Corrigan-Swofford Postgraduate Scholarship earlier this season. She is an information systems/business analytics major, who graduated in December and is currently pursuing her MBA.

The Lynn, Mass. native averaged 7.6 points, 3.0 rebounds, 3.7 assists and 1.6 steals per game. She led the Eagles in assists and steals while finishing third on the team in 3-pointers made.