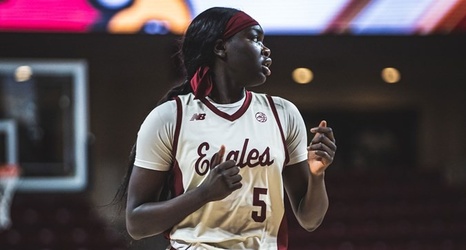 Gakdeng is the first player to claim the honor four times in a season since 2018-19 when Duke's Elizabeth Balogun and NC State's Elissa Cunane each earned the honor on four occasions.

The Lanham, Md., native is the first Eagle since Carolyn Swords and Stefanie Murphy in 2007-08 to win the award at least four times.

BC went 1-1 last week with a win over Pitt on the road before falling to No.