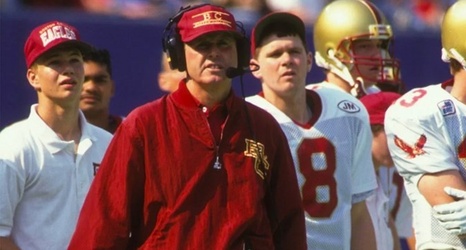 The 2007 Boston College football season was arguably the best year to follow the Eagles. The team won its first eight games and ascended the national rankings to the No. 2 spot before a loss to Florida State ended its championship aspirations. The last win of the streak, on a Thursday night against Virginia Tech, drew comparisons to the 1993 victory over No. 1 Notre Dame and etched itself forever in the annals of BC history.

There's an irony in that comparison because the 1993 Eagles never entered the Top 10. They went as high as No.