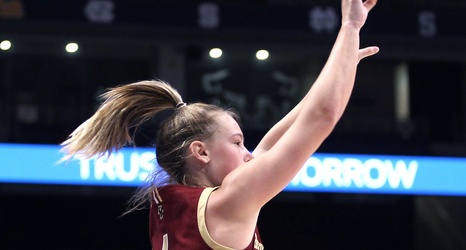 After jumping out to an early lead today, the Boston College women’s basketball team fell to Wake Forest by a score of 68-48, thanks in no small part to foul trouble and 18 turnovers. The Eagles were assessed 23 fouls during the game, and Taylor Soule sat out a decent chunk of the first half after getting 2 fouls midway through the first quarter. Soule and Jojo Lacey would both end up fouling out of the game.

Wake Forest outplayed BC in general, but this could have been alleviated at least some if Soule hadn’t gotten into foul trouble so early.