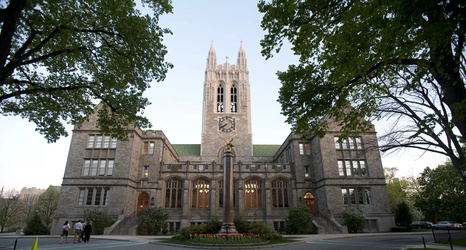 Following the announcement that Steve Addazio is no longer with the Boston College football program, former players and staffers have taken to social media to share their thoughts on him. Obviously football teams are huge and these opinions likely don’t represent the opinions of everyone that has ever played for Addazio, but there are some pretty harsh stories being shared. Important to note is that among the players speaking out are guys who were successful at BC under Addazio, despite not being recruited by him.

Immediately following the announcement, Andre Williams, who played for Addazio in 2013 and was a 2013 Heisman finalist, tweeted this:

Williams followed up that tweet with a thread detailing how he was snubbed by Addazio after coming back to BC to be honored: