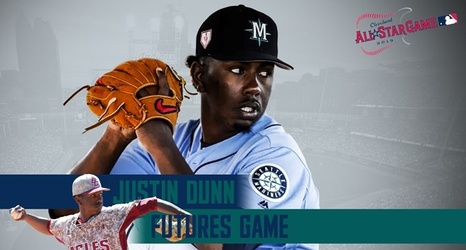 Dunn, who was originally selected by the New York Mets in 2016 with the 19th pick of the first round, was acquired by the Mariners during this past offseason as a key piece in a trade for MLB All-Stars Robinson Cano and Edwin Diaz.