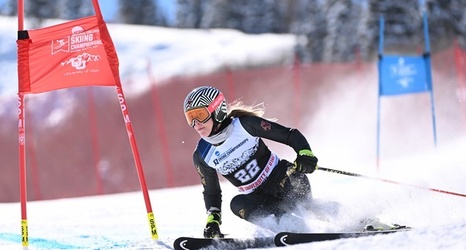 Ferrari was 24th following her first run in the GS, which was postponed from Wednesday to Thursday due to heavy snowfall. The rookie was 28th in the second run and finished with a total time of 2:08.27.

Ferrari did not finish her opening run in the slalom on Friday.

A native of La Spezia, Italy, Ferrari became the fourth female ever to compete for the Eagles at the NCAA Championships, joining Parker Biele, Haley Castner and Lauren Geary.