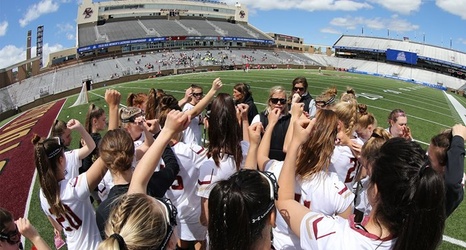 CHESTNUT HILL, Mass. - Eight members of the Boston College women's lacrosse team highlight the IWLCA All-Northeast Region Teams, as announced by the association on Tuesday. The eight total selections and six First-Team placements are the most amongst any Division I program.

Senior was named to the Second Team, earning her second career All-Region recognition while junior joined for her first year on the list.