Eagles Welcome Six to the Heights 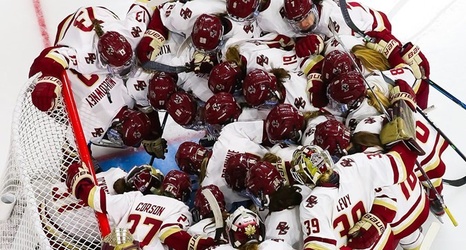 CHESTNUT HILL, Mass. – On the heels of the program's 12th berth in the NCAA tournament, the Boston College women's hockey team has announced six newcomers ahead of the 2021-22 season. Head coach Katie Crowley, who will return for her 15th season behind the bench, announced the additions on Tuesday.

"I'm excited about this year's incoming class," said Crowley. "They're a hard-working, talented group of players who are ready to leave their mark on Boston College hockey. Not only are they great hockey players, but they are great people with high character that will wear the jersey with tremendous pride.