Eagles Travel to Face Syracuse and Cornell This Weekend 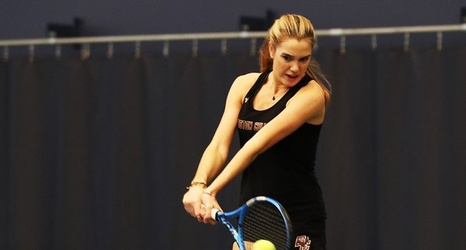 CHESTNUT HILL, Mass. – The Eagles return from a weekend off and hit the road to face Syracuse at the Drumlins Country Club on Saturday (Feb. 15) at 11 a.m. and Cornell on Sunday (Feb. 16) at 9 a.m. in Binghamton, New York.

ABOUT THE EAGLES
• BC's last match was its ACC opener against No. 11 Virginia, which resulted in a tough 5-2 loss at home on Feb. 2
• The Eagles are 7-1 overall, featuring a 4-0 record on the road
• After the match against the Cavaliers, No. 67 Yufei Long was named ACC Co-Player of the Week for her defeat of No.