Eagles Travel Back to Maine for Bates Carnival 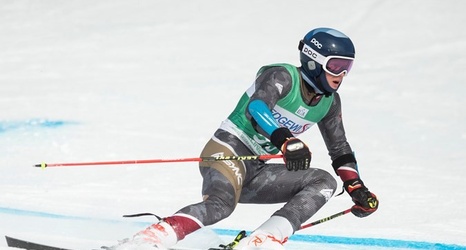 CHESTNUT HILL, Mass. – The Boston College alpine ski team travels back to Maine this weekend for the Bates Carnival at Sunday River on Feb. 7-8. The giant slalom will be contested on Friday beginning at 10:15 a.m. and the slalom will follow on Saturday in Newry.

BIELE MAKES HISTORY
• Co-captain Parker Biele posted the highest EISA finish ever by a BC skier last weekend, earning fourth overall in the giant slalom at the Colby Carnival on Sugarloaf Mountain
• Biele registered the fourth-fastest time in the first run and retained her position for the Eagles' first top-5 in EISA history
• The junior previously placed 14th in the GS at the season-opening Harvard Carnival, which was the highest finish for a female skier since Jessica Hult took sixth in the slalom at the 1995 EISA Championships

LAST YEAR AT BATES
• The Eagles closed the 2019 season with a pair of top-30 finishes at the EISA Championships, which were contested at the Bates Carnival at Sunday River
• Gutstein was the top men's finisher in the slalom on Saturday with 26th overall after skiing a time of 1:58.