Eagles Set to Host Colorado For NCAA Second Round 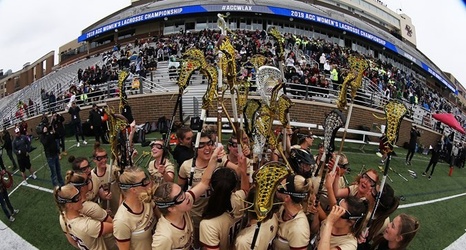 CHESTNUT HILL, Mass. - Following a first-round bye as the second seed in the NCAA Tournament, the Boston College women's lacrosse team is set to host Colorado on Sunday, May 12. First draw is set for 1:00 pm at the Newton Campus Field and will be aired on ESPN3.

Sunday afternoon's contest will be just the second meeting all-time between the Eagles and Buffaloes, only meeting during the 2015 regular season. The Eagles took a convincing 17-9 win, led by five goals from Mikaela Rix.

The Eagles have been out of action since suffering their first loss of the season in heartbreaking fashion, 15-13, to conference foe North Carolina in the ACC Championship game.