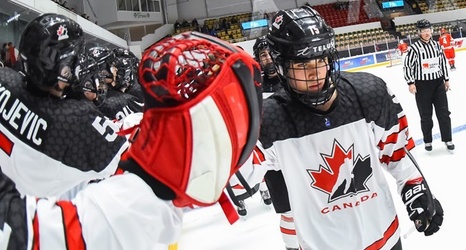 CHESTNUT HILL, Mass. – The Boston College men's hockey program will add eight new players (three forwards, three defensemen, and two goaltenders) to the roster for the upcoming 2019-20 season. The Class of 2023 features five 2019 NHL draft picks, the most for BC at a single draft in a decade, and includes a program-record three selections in the first round.

• Skated in 59 games between the Vernon Vipers and the Chilliwack Chiefs in 2018-19
• Finished with four goals and 17 assists for 21 points along with 46 penalty minutes
• Had 11 points in 47 games with Vernon during the 2017-18 season, adding six points in 10 playoff contests