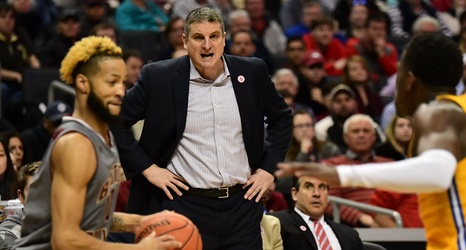 After a disappointing result on the recruiting front last week, the Boston College Eagles finally got some good news. Demarr Langford Jr., a small forward out of Brewster Academy, (N.H.), announced his commitment to Boston College Saturday.

The decision was reportedly between BC and NC State, with Texas A&M falling by the wayside after Langford announced his top three on Sept. 10.

Langford is a teammate of Terrence Clarke, who committed to Kentucky last weekend.

Langford was also recruited by Texas A&M, NC State, Georgetown, UConn and Providence, amongst others.

If highlights are your request, we shall grant that request:

After falling just short on a top five prospect last week and netting a solid player in Langford this week, it’s clear that despite some uncertainty surrounding the Boston College basketball program, recruits still aren’t being deterred, and recruiting continues to be rather strong.