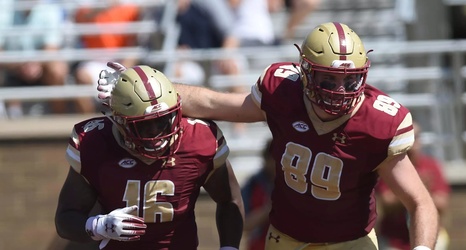 Running back/linebacker Davon Jones has decided to finish his career with the Bowling Green Falcons according to his Twitter page:

Thank you BC. Thank you to everyone who has supported me along the way!! Can’t wait to get to work pic.twitter.com/3OXwOIDwTz

Jones had an interesting career with the Eagles as he bounced around on both sides of the ball. During his freshman year he started one game and saw playing time every week as a running back finishing the season with 361 yards on 91 carries.