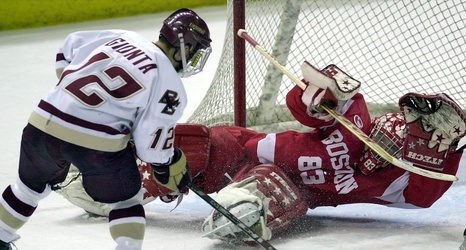 Brian Gionta, a graduate of Boston College, was named to the U.S. Hockey Hall of Fame Class of 2019 Wednesday. Gionta joins Neal Henderson, Tim Thomas, Krissy Wendell, and Gary Bettman in the class.

During his time at BC, Gionta was a Hobey Baker Award Finalist three times, and was the captain on the 2001 BC team that won the national championship. Gionta is second son the all time list at BC in points behind David Emma.

During his career in the NHL, Gionta won the Stanley Cup with the New Jersey Devils in 2003.