BREAKING: NCAA Announces All Tournament Events To Be Played Without Fans 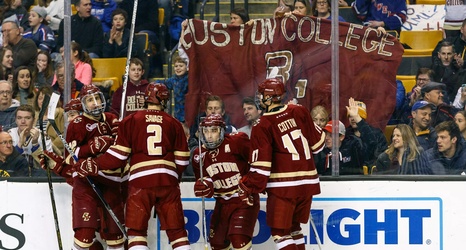 The NCAA announced this afternoon that all tournament events for all sports will be played with limited live attendance.

The statement covers all “championship events,” so, NCAA tournament games, which for Boston College’s immediate concern means the NCAA men’s hockey tournament and possibly the NCAA women’s basketball tournament (fingers crossed). Only “essential staff and limited family attendance” will be allowed at the events. Note that this is separate from the Ivy League’s announcement earlier today that all spring practices and games will be cancelled for the academic year.

UPDATE 4:55pm: Yahoo Sports notes that games still should be televised, but a decision hasn’t yet been made on other media:

An NCAA spokesman tells @YahooSports the NCAA tournament games will still be televised, but the NCAA is "still working through (a decision on) other media.