Boston College Women’s Basketball Has High Hopes for the Future 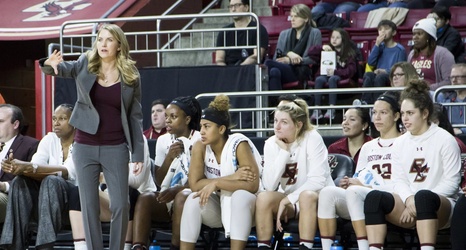 In her first season at Boston College, new head coach Joanna Bernabei-McNamee coached the BC women’s basketball team to their best record since 2015, and helped the team to double their winning total from last season. We talked to Coach McNamee about her first season at BC and what she sees for the future of the team.

When she joined the team last summer, Coach McNamee was “surprised they weren’t in better shape” and knew she had her work cut out for her as she set to work building the women’s basketball program back up.

Over the past year, Coach McNamee notes that not only have the players gotten stronger and faster, but that they have grown to understand “how important it is to put time in on their own and to go above and beyond to do more.