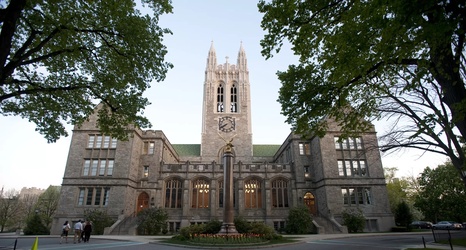 The Boston College volleyball team picked up a thrilling 3-2 victory last night in a midweek match at Harvard. Yesterday’s win snapped a 4 game losing streak against the Crimson. The Eagles, who have improved significantly under second year head coach Jason Kennedy, are now 7-3 on the season as the head to Rhode Island for the Rhode Island Challenge.