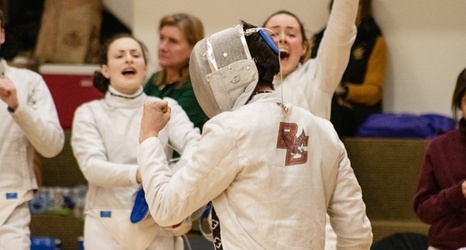 COACH'S CORNER
"Both teams had some exceptional moments today," said head coach Brendan Doris-Pierce. "The men's team was caught a bit flat footed by a very capable and competitive MIT team but rallied nicely in the next rounds. The women's team continually refuses to back down from any fight and is competitive with any squad in the nation because of their fight and how well the women's epee team has been fencing.