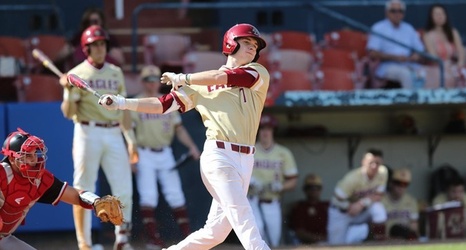 GREENSBORO, N.C. – The Boston College baseball team lost to North Carolina A&T at War Memorial Stadium on Monday afternoon. The Eagles dropped to 5-6 on the season, while the Aggies improved to 5-6.

BC led 5-0 at the middle of the third after senior first baseman Jack Cunningham (South Riding, Va.) capped the Eagles' scoring with a two-run home run. Redshirt-junior lefty Joey Walsh (Plymouth, Mass.) kept A&T off the board in the first two innings, but the game was turned over to the BC bullpen beginning in the bottom of the third.