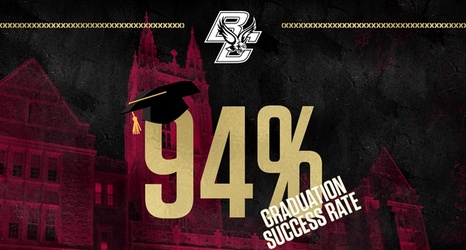 Since the GSR's inception, Boston College has earned a mark of 94 or better in all 14 GSR reports, which first date back to the class of student-athletes that entered in 1998.