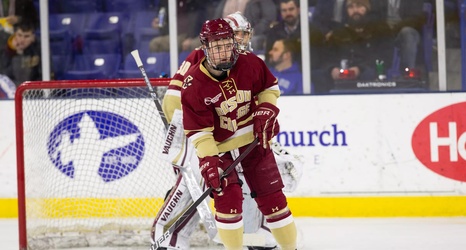 For the second time in as many nights, the Boston College men’s hockey team lacked their best effort and fell to Maine in overtime, this time by a 3-2 score. Saturday night’s game was a hard one to watch, with so many penalties disrupting any kind of flow from the game, and the ending being marred by a controversial goal.

For the second night in a row, it was a slow start for both teams, with scoring chances at a premium for the majority of the first period. The two teams traded late power play goals, however, with Julius Mattila opening scoring for the Eagles.